„I think there will be no more snow today“ I texted Natalie as I pessimistically looked at the few snowflakes from the sky. „Well, there is already heavy snowfall here“ came the answer from Nati, who actually lives only 2km away. „Well then let’s go, let’s do it“ I replied and hastily began to pack my photo backpack. When I got to Natalie 20 minutes later, I was already 3 centimeters on the road and I had to walk the last few meters to the paddock while I was wondering how I was going to judge the weather development so wrong. The plan Natalie and I had had for some time was to do horse portraits in winter when it was snowing – for which the time had finally come. 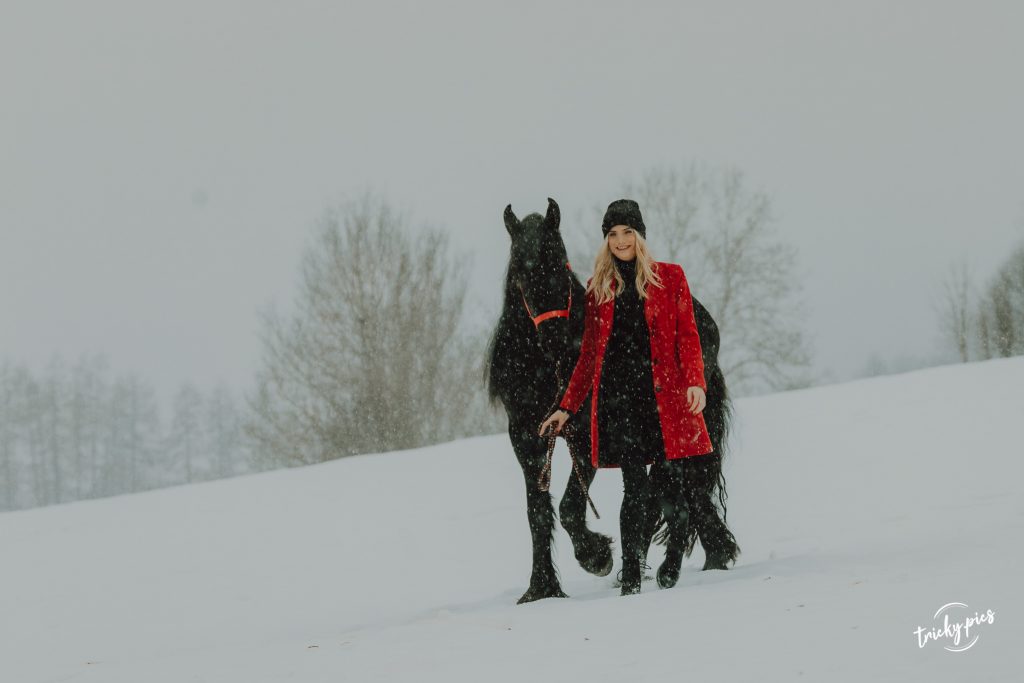 Dense white flakes created exactly the mood that I wanted to convey in the pictures. Because of the heavy snowfall and the overcast sky, the picture was reduced to a white background with a minimal natural landscape, Natalie with her horse „Prinz Antero“ as the main subject and the increasing snowfall in the foreground. The snowfall also gave me a lot of worries when taking photos, as the flakes quickly settled on my photo backpack. This made a smooth lens change virtually impossible, since every time a patch of snow fell into the backpack and the camera had already gotten a lot of moisture. Fortunately, cameras are also made for using them in adverse situations. 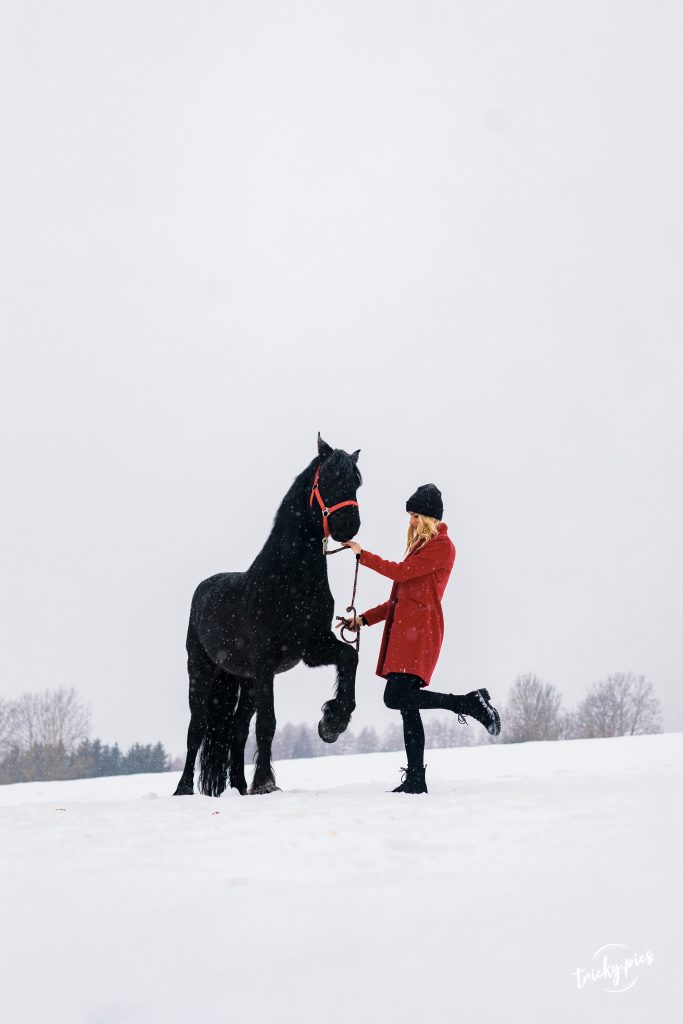 In any case, Natalie did a great job, who did not let herself be distracted by the heavy snowfall and the cold, had Prinz Antero under control and also conjured great poses out of her hat. There was nothing left to see of the cold during the shoot in the finished pictures, despite several outfit changes and trudging around in the deep snow. So I had the Sigma 50mm ART and the Canon 100-400mm L Tele in use for this shoot. The telephoto lens had the advantage that you didn’t distract the stallion because I could take photos from a distance without being disturbed. However, the heavy snowfall was not only a problem for the autofocus, it also sometimes brought too much unrest into the image. The Sigma 50mm helped here, with which I stood closer to the subject (approx. 5 meters away), but also achieved a higher contrast. 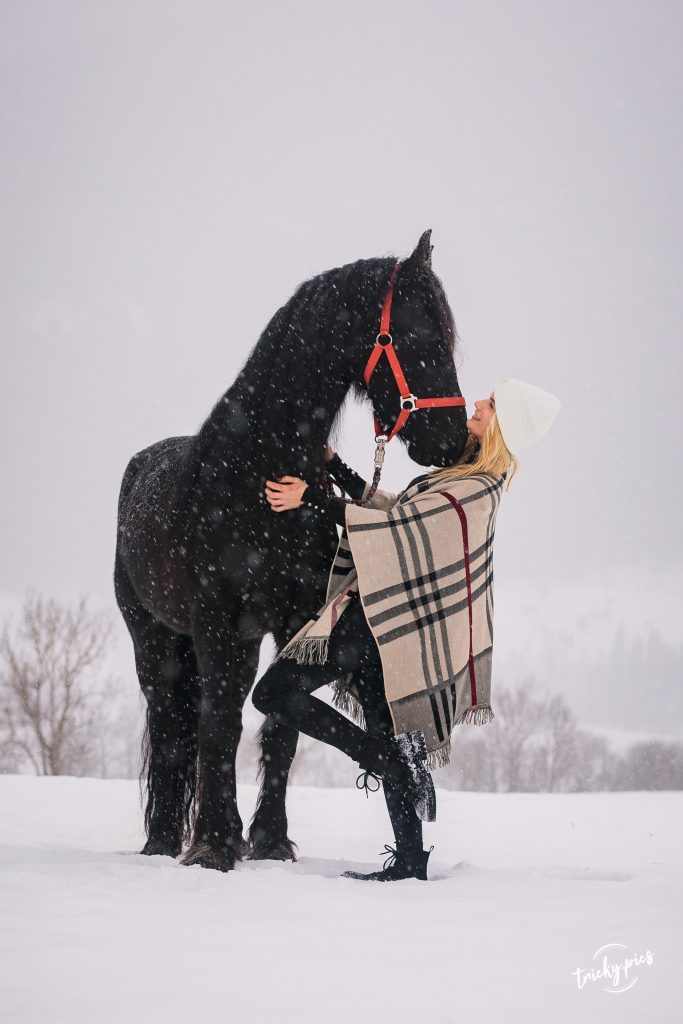 Conclusion: Even if I had stress with the „confused“ autofocus due to the heavy snowfall and the gray cloud cover could not get the best contrast out of the pictures, I was still very satisfied with the pictures. Finding the perfect color grading cost me a lot of time and the high number of not perfectly focused images (due to the snowfall) took a lot of nerves, but I was finally able to look at the series of images with satisfaction. 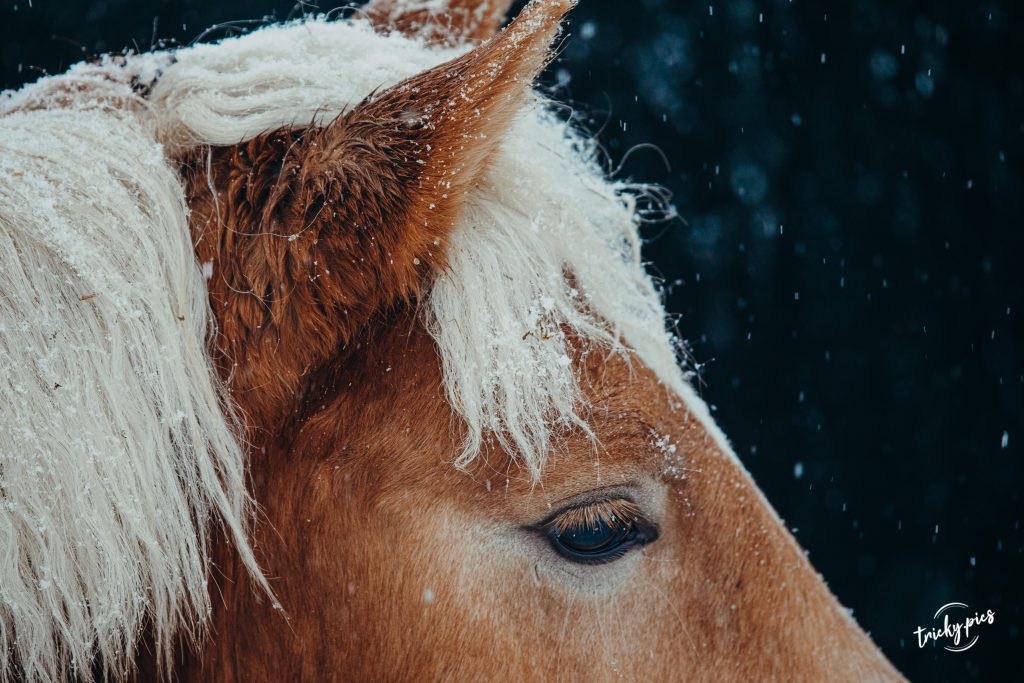 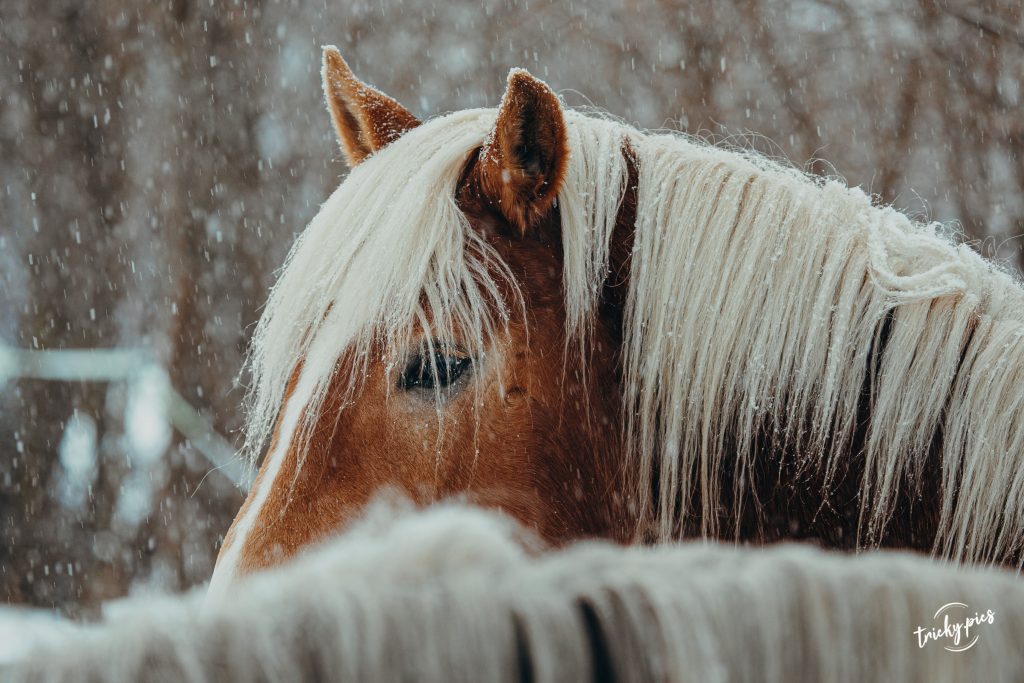 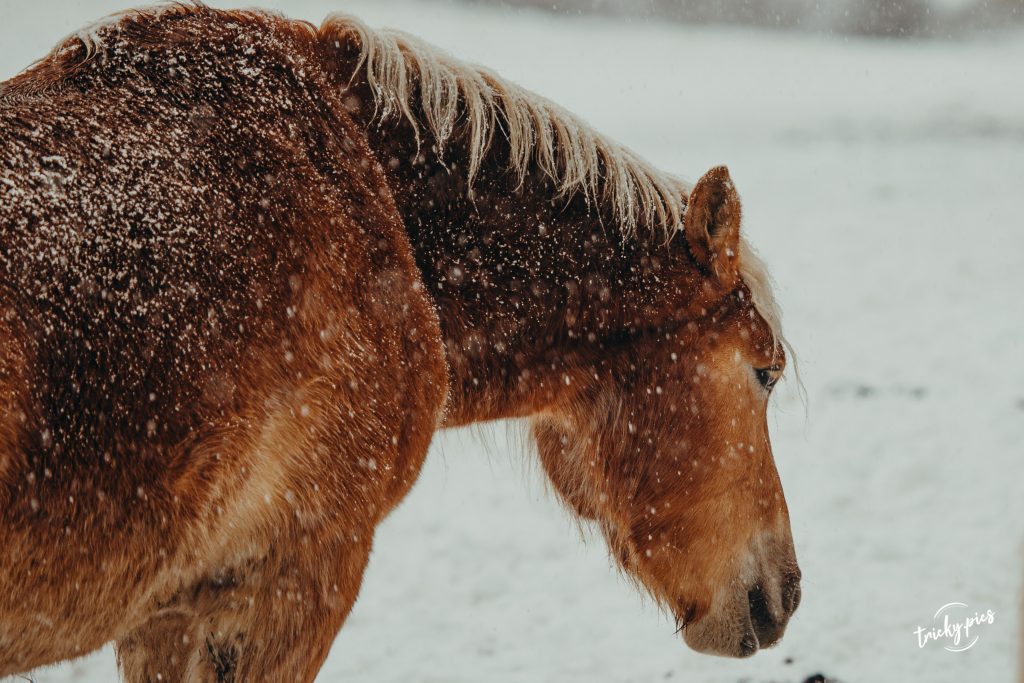 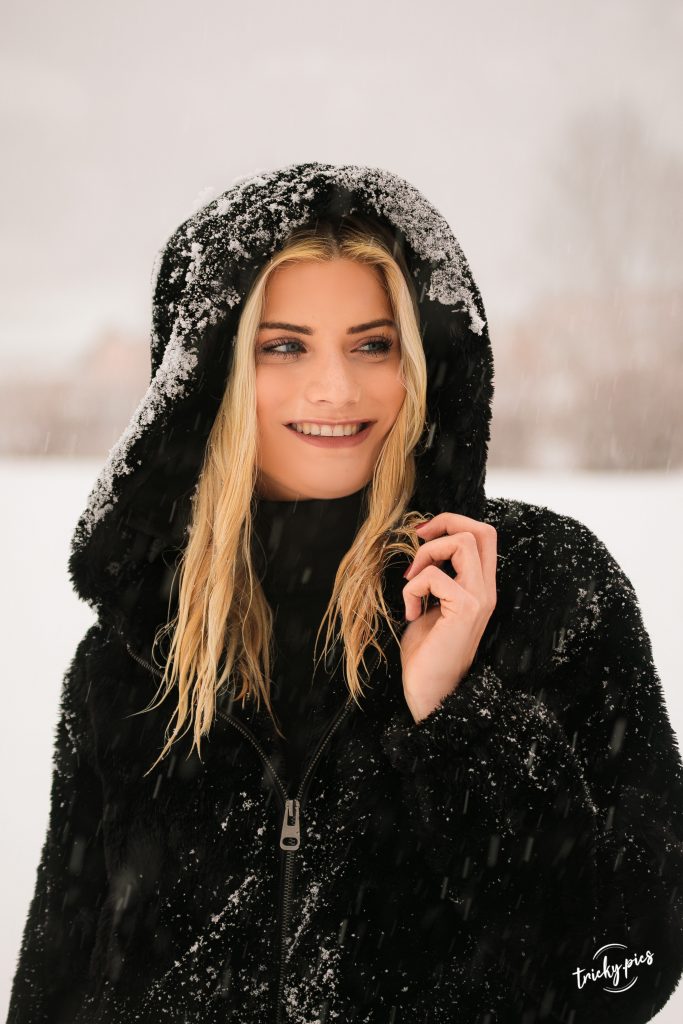 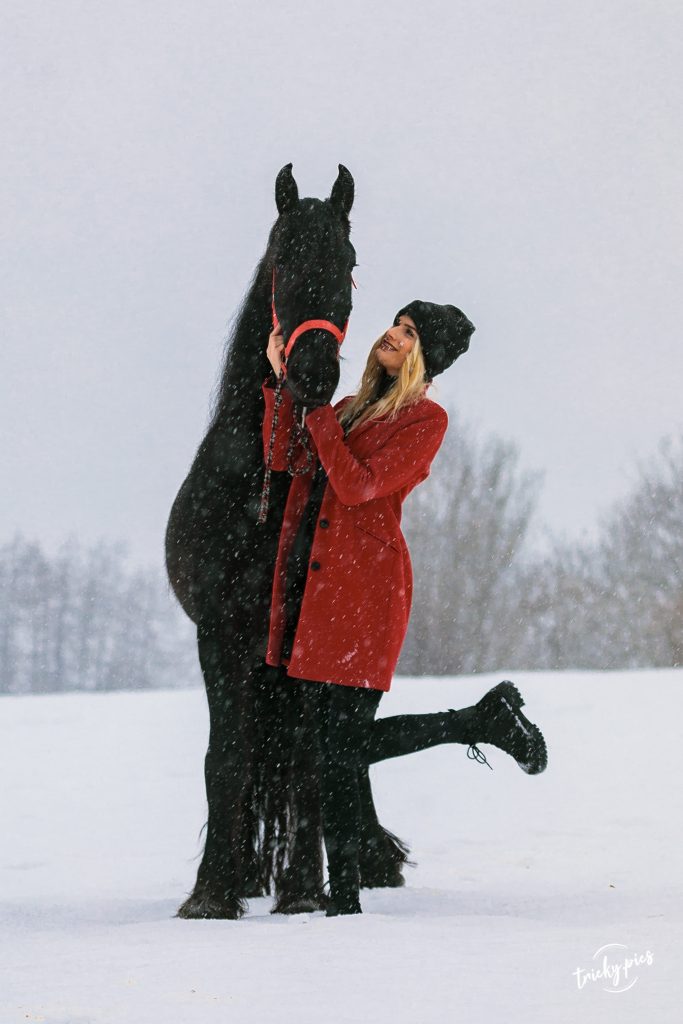 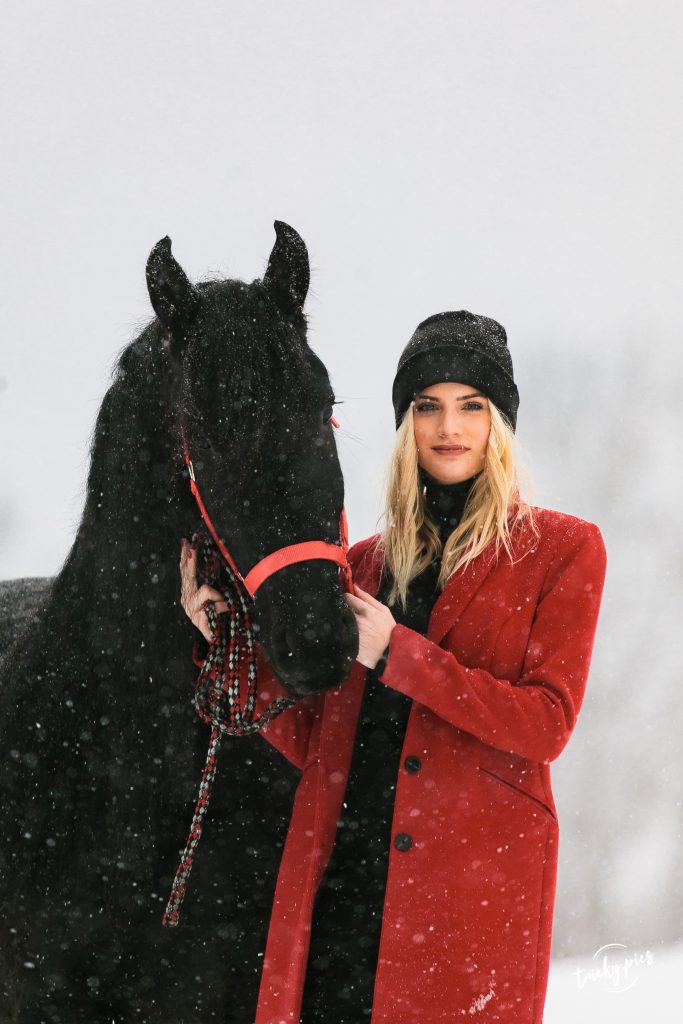 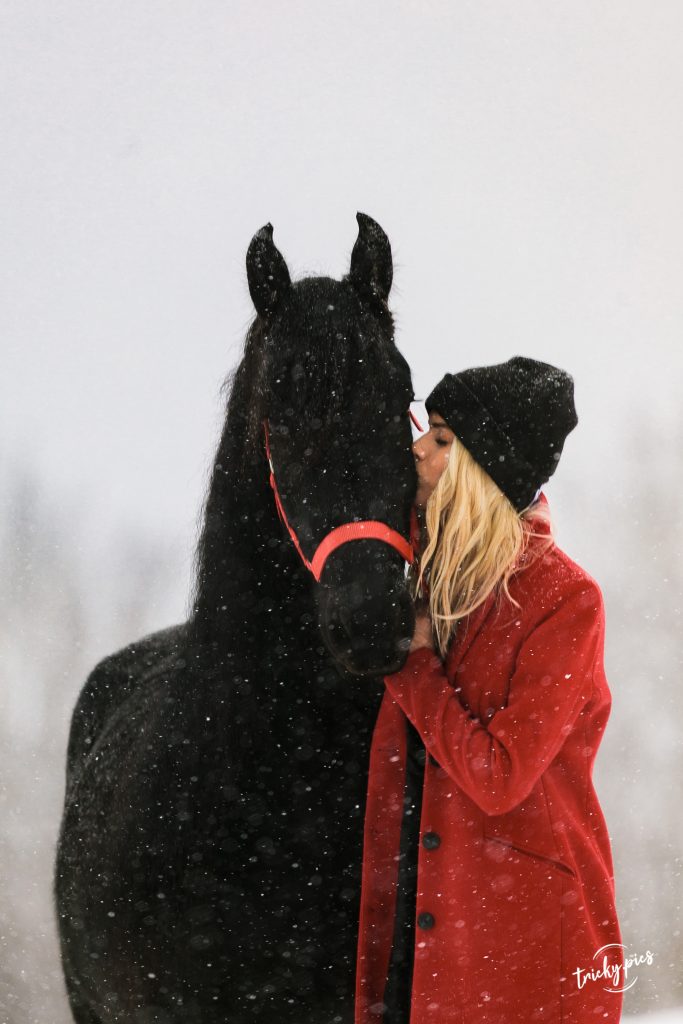 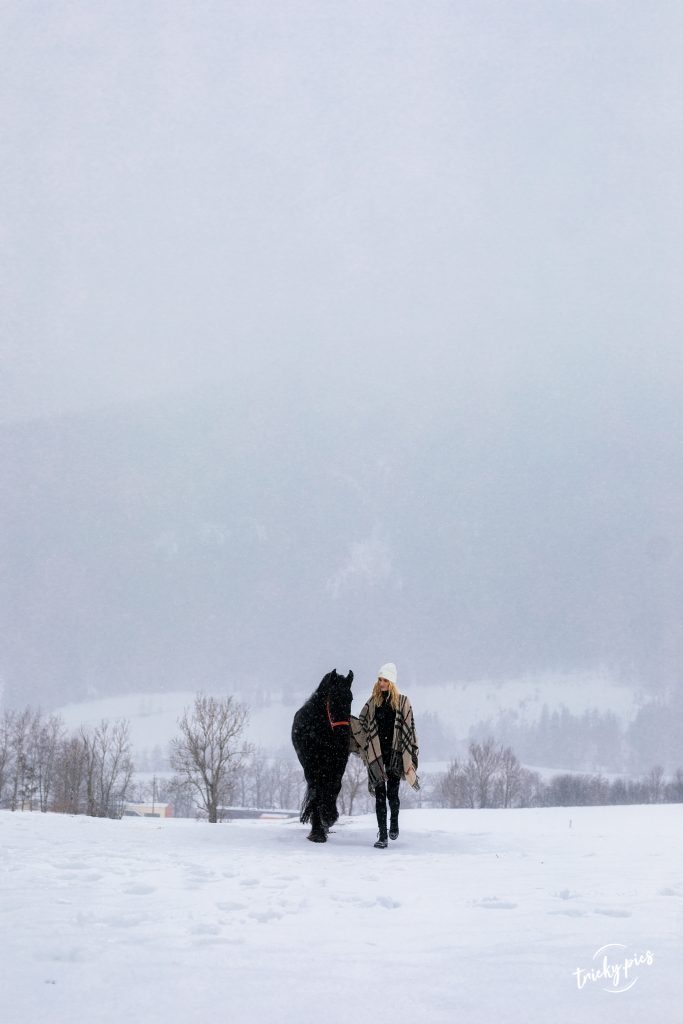 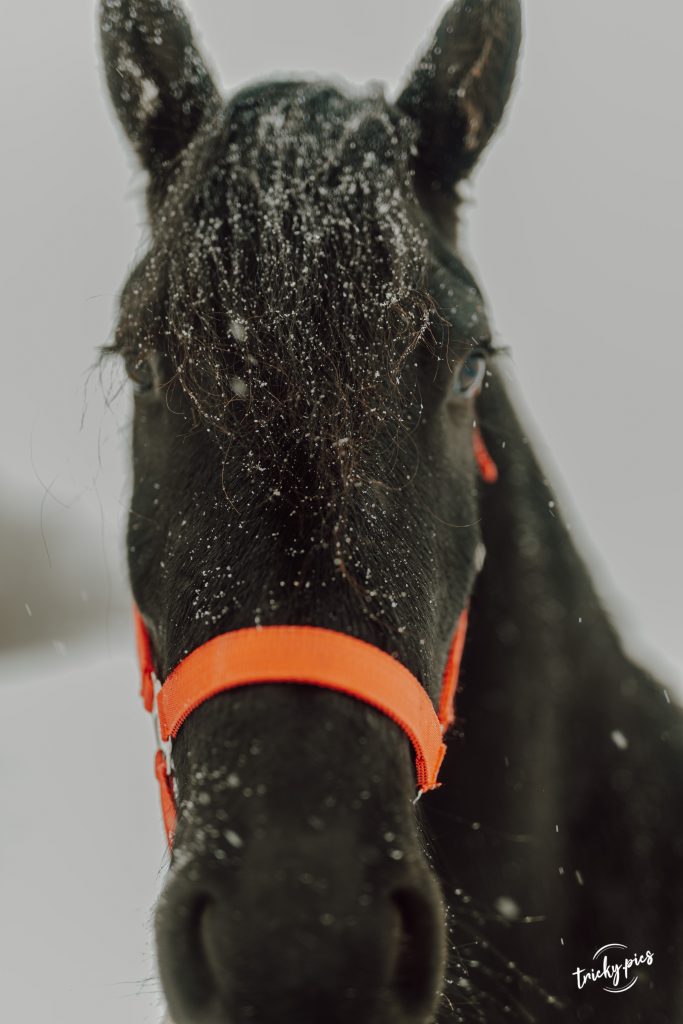 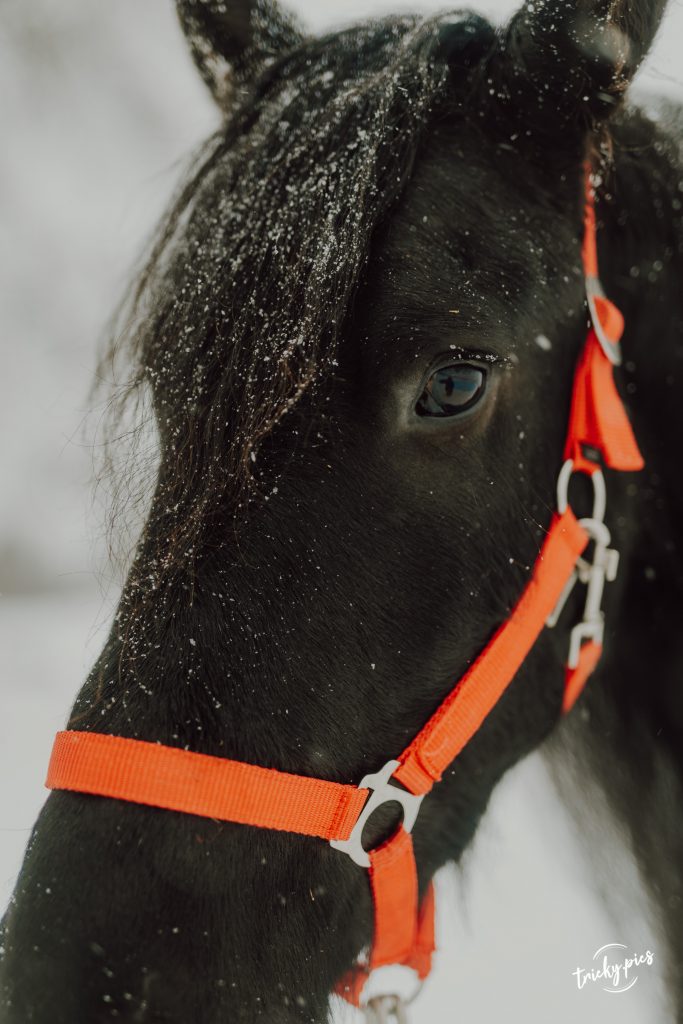 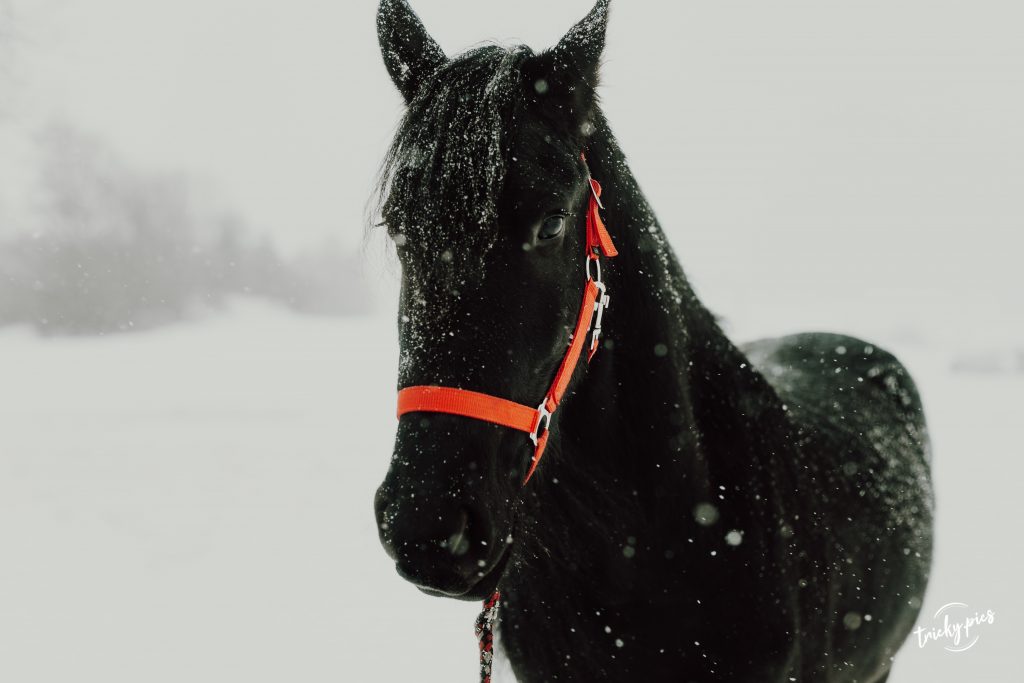 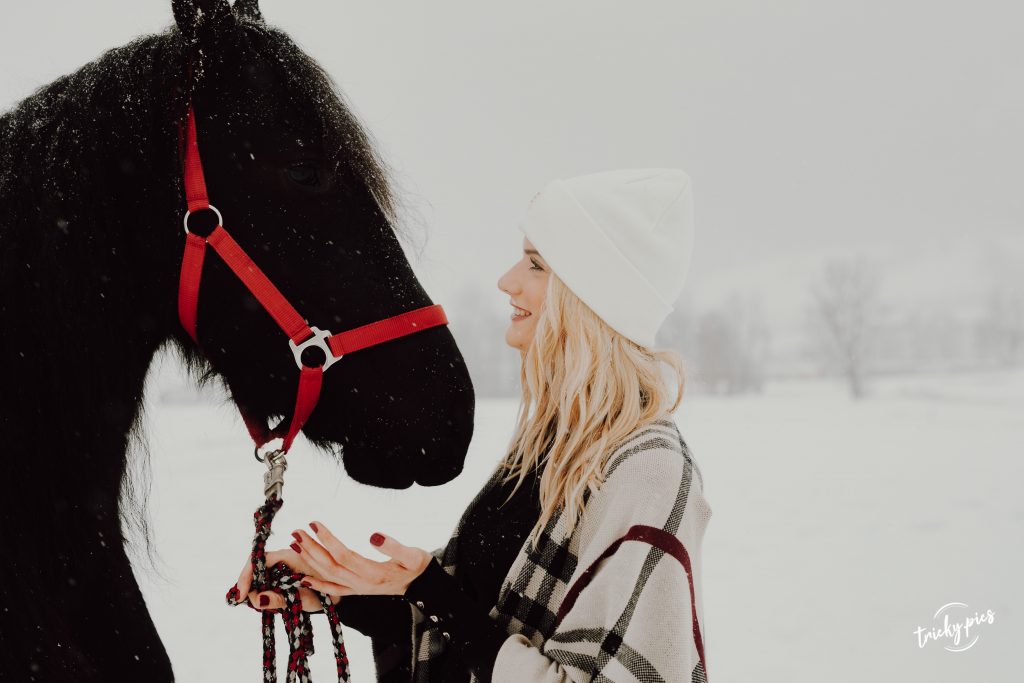